Foursqaure for Windows Phone registers an URI association which lets you launch it directly from your App. This API is undocumented, but I discovered it because of Cortana’s integration for local recommendations that uses Foursquare data.

Here’s how you can do it:

Simply add the ID of Foursquare venue at the end of the URI, launch it from your code and the Foursquare App will open up with the details about the Venue.

What if the user doesn’t have Foursquare App installed?
Windows Phone handles this scenario nicely and asks the user if they want to install the App.

I have implemented this feature in my App PlaceView, a Place of Interests finder App with Augmented Reality. With Foursquare integration, user can now view more details about Venue, or Check-in to the place.

If you’re using Foursquare’s Venue data in your App, then this is a nice new feature you must add. 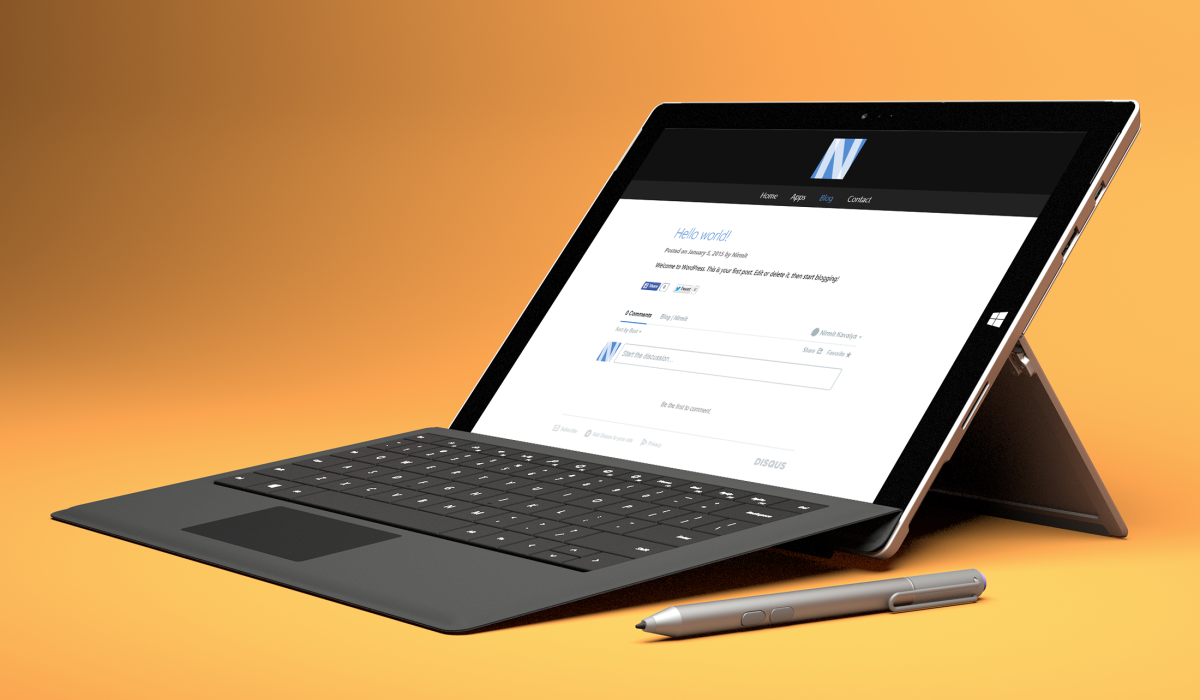 Made the switch from Blogger to WordPress with the New Year.

I’ve been using Google’s Blogger for my posting needs for a long time. It was simple and acted as my main website until I bought my new domain http://nirm.it. But, editing its theme or adding new widgets/plugins was tough or just not possible. I decided to switch.

Setting up WordPress was fast and easy. I was able to import all my posts from Blogger with the help of a simple plugin and few clicks. My Blog was up and running in half an hour.

Finding a minimal WordPress theme that matched my original site was a challenge. I tried editing some available themes but they had a lot of things going on under the hood and was even a tougher challenge. I ended up making a custom theme from scratch. With my new Theme, you can browse & read my posts, add comments, and share on Twitter/Facebook while the blog blends into my site and it’s responsive!

With no prior knowledge about WordPress or even php, I’m quite happy how the blog looks right now. This is still a Work In Progress, so expect more features + changes here. I’ll also be posting more frequently about my Apps, Windows Phone & Windows development, and other stuff.

Go! Checkout my other posts. Any feedback about the Blog or my Site is welcome. 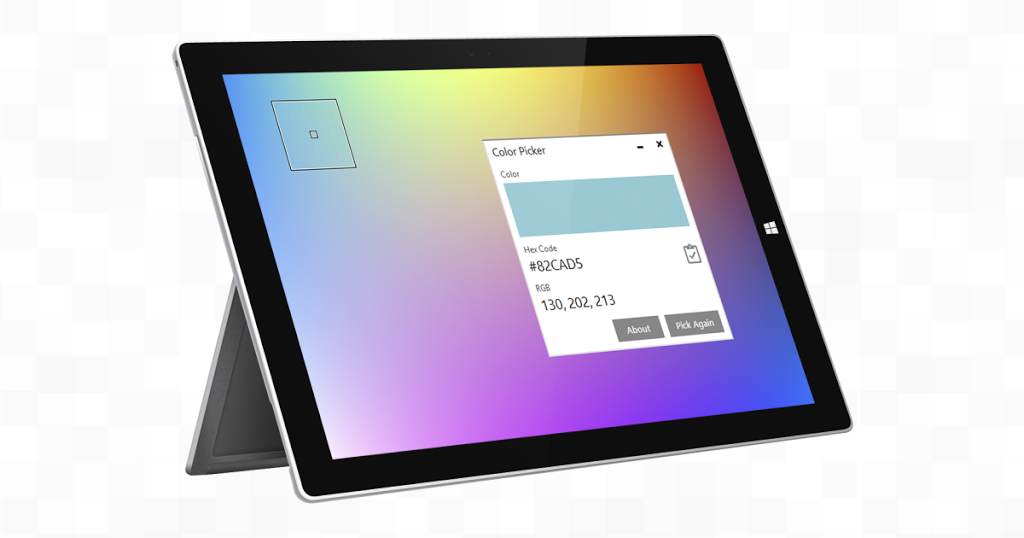 Checkout Color Picker for Windows, a small tool I developed over the last weekend.

Quickly grab any color on screen with this tool and get its Hex Code, RGB values. It also has a magnifying tool so that you can select the exact pixel you want the color from. After you pick a color the Hex Code is automatically copied to clipboard while RGB values are presented on screen.

END_OF_DOCUMENT_TOKEN_TO_BE_REPLACED

Punching in numbers is so yesterday. Use Swipe to get your totals with Gestulator: http://t.co/dt4jxDLhyl pic.twitter.com/Crh5ZrG5jb

Gestulator on Lumia 520 looks great in the tweet. It has already got some Retweets and Favourites.

I’ll update the post with some download stats later when I have the numbers. Let’s see how much does this help with App promotion. :)

The Contest, The Quest, and The Competition

Last year, I participated in three different App development competitions. I Unlock Joy phase II, Quality App Quest, and App Innovation Contest. Results for each of them are now announced and I’m a winner in each of them. So, this is the best time to share.

Microsoft India’s I Unlock Joy was a great hit last year. Develop 3 Apps and you get a phone, as simple as that. I didn’t make it that time when the official results were announced. I had to tweet and write emails to some Microsoft employees for my case, but I finally did unlock some Joy.

IUJ phase 2 was announced in August 2012 with two categories for the competition. Top Quality & Early Bid. The Early Bid category was the same old way, a phone for 3 Apps, but with a small twist: Only the first 100 developers with 3 Apps gets the phone. Top Quality category was new: enter the competition with only 1 App, and developers of the Top 50 App selected on the basis of Quality gets a phone.

I went for the Top Quality category with Time Sync, the Results were announced on 1st February. My App was selected in Top 50 Quality Apps and I’ll soon be getting a new Windows Phone! :) 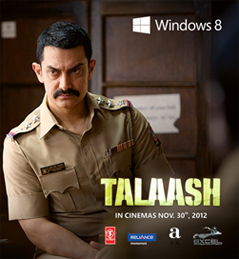 Microsoft launched Windows 8 last year with a new Interface, lots of improvements, and a Windows Store. Microsoft and their partners are coming up with a series of different types of Benefits and Competitions to attract App developers to their new eco-system. Microsoft India announced Quality App Quest in November 2012.

If you have made the next blockbuster Windows Store app that’s outstanding in terms of quality & popularity, it could get you a chance to win a Windows 8 device and meet Inspector Shekhawat (Aamir Khan) from Talaash!

I entered this competition with Ludo, the Results were announced on 1st February (on the same day as IUJ-2!). Their “Talaash” (Quest) for quality App ended at Ludo, I won the contest and I’ll be meeting Aamir Khan! :D

Intel and CodeProject announced their App Innovation Contest in September 2012.

The Contest had two rounds and a big amount of Prizes. 1st round was about the idea of an App that can use the new Ultrabook capabilities like sensors, touch screen, portability etc. and post it as an article on CodeProject.com. 2nd round was about completing the App and getting it verified on Intel’s AppUp store. Judges would then select the category prizes and grand prize winner.

In Round 1, 300 App idea articles were selected and were given a prototype Ultrabook SDP (Software Development Platform). I wrote an article about my idea of Dashboard+ on CodeProject.com and I was sent an Ultrabook to develop and test my App. I completed the development in November, submitted my App in the AppUp store, it got verified and was available for download. I was also one of the first 50 to put the App on AppUp store and won $1,000 in Round 2.

The main challenge was to get an Ultrabook enabled Windows 8 application into the Intel AppUp online store by December 1, 2012 and enter for the Grand Prizes. The Results were announced on December 14. My App Dashboard+ won the category prize as Productivity App and I got $10,000! =D

I developed a Windows Phone App for IUJ2, Windows 8 Metro App for QAQ, and a Windows 8 Desktop App for AIC and won some Windows devices, a chance to meet Aamir Khan, and a big amount of Money.